Before heading off to Brussels, I did what most food-crazed people do: research the area to come up with a list of places to eat in. 😀 When doing this, a place called Les Brassins kept being mentioned, not only in review sites, but also in food blogs. I figured that this was a good sign, and immediately made a note of where it was on the map.

Fizzy iced lemon tea, from a bottle. It was very nice! 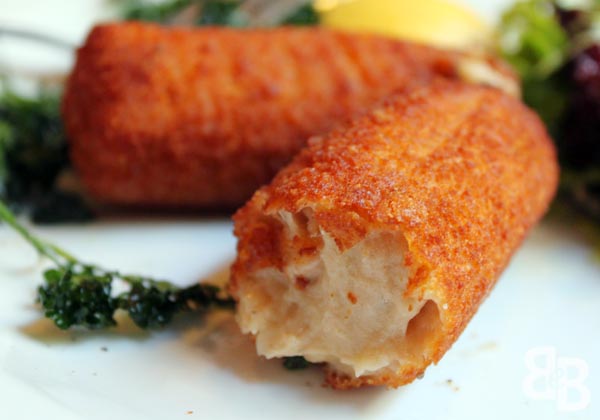 Shrimp croquettes (€9,50). These were served with a side of deep fried curly parsley and a mixed leaf salad. The croquette was delightfully crispy on the outside, and soft and creamy on the inside, with the occasional bit of prawns to give a nice contrast in texture. You can only imagine how happy I, a self proclaimed potato lover was. The deep fried parsley was also a nice touch and was very interesting (I normally don’t like parsley you see…). 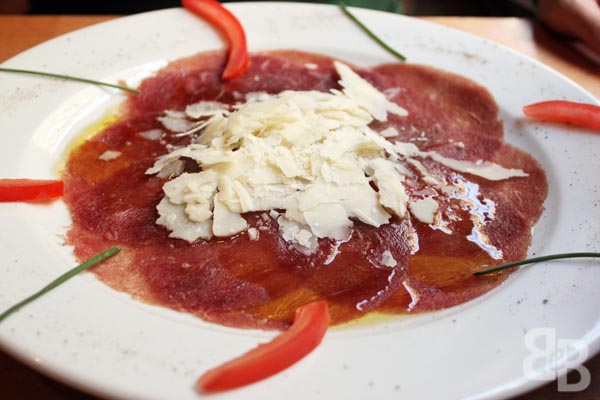 Beef Carpaccio in truffle oil (€9,50). This was a nice, light starter with just a right amount parmesan shavings to go with it. The beef was also nice and thin, and well flavoured.

Rabbit in cherry beer sauce (2 legs) (€17,00). I’ve only had rabbit once, many years ago, and I don’t remember it being as good as this. I have to say that I don’t think I’d guess that it was rabbit if I was eating it blindfolded, as it tastes remarkably similar to chicken. The cherry beer sauce was delightful, with just the right balance of sweetness. Excellent for dunking your chips in! 🙂 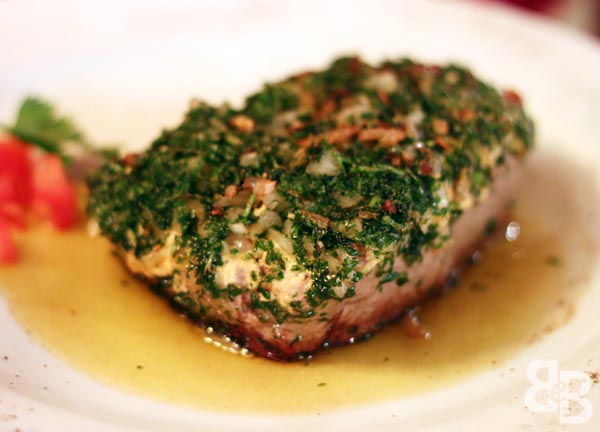 Steak “simple face“ (tender beef marinated in mustard, parsley and shallots and grilled on one side) (300gr) (€18,00). We thought this sounded interesting, and was especially attracted by the “tender beef” part of the description. Little did we know how rare the beef was going to be… (they don’t ask you how you like it done for this dish, I’m assuming this is why it’s called ‘simple face’). 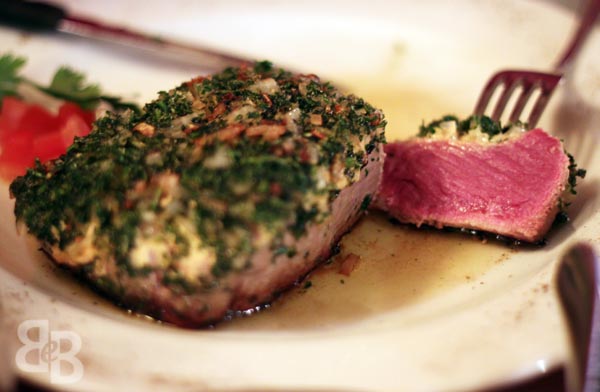 I normally eat my steaks medium well done, and was slightly apprehensive when we I cut into eat to see how raw it was! Surprisingly, it actually tasted really good! Not tough or chewy like steaks sometimes are – just pure, tender goodness. I must admit I had to pretend to ignore how rare it was though. 😛 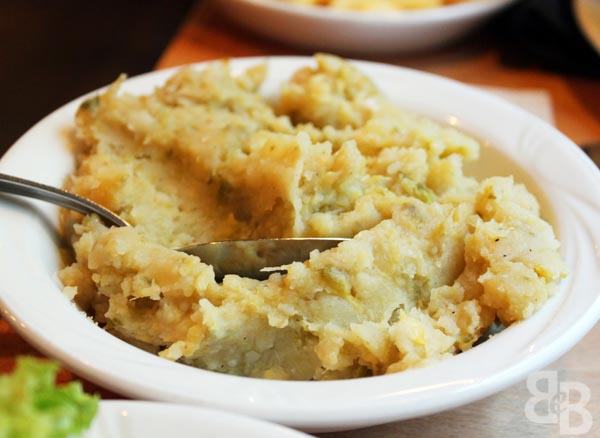 Stoemp (mashed potatoes with vegetables of the day) – one of the sides that come with the mains. The mash wasn’t perfectly smooth, but was still good, and suited the rather rustic atmosphere of the restaurant.

Homemade fries. Perfect for wiping up every last bit of sauce from your plates!

We were completely stuffed after all this food, and rather unfortunately, could not stomach dessert. A travesty, I know. In our defense, we had 3 Pierre Marcolini cakes waiting for us in the hotel room. 😛

We returned again the next day for a quick meal before heading for the train station as it was so close to our hotel (and it served delicious food!). Whilst it had been buzzing the night before, it was more quiet the second time around, though that may be because it was only about 6pm then. We had the shrimp croquettes for a starter yet again, but chose different mains.

Mussels (in season – market price). This was cooked in the traditional way – with white wine, onions, and celery. I don’t care much for celery, but I must say it gave a nice shot of ‘heat’ to the soup. It is a HUGE pot of mussels though, especially when you take the sides into account as well!

One of the specials – I can’t find the name of the dish on the site, but from my recollection, it was lamb cutlet patties with a thyme and garlic jus. Like all the other dishes we had, it was very good. It was tender, juicy, and flavoursome.

We thoroughly enjoyed our meals at Les Brassins, and I would not hesitate to recommend it. The service is pretty good as well, which is a plus. One regret I had was not being able to try their desserts as we were always too full to even consider it. I blame the fries and the stoemp!

Just a note about the menus – they have both English and French menus, but the specials board is only in French. I was lucky as R understands French, but I think as long as you have basic knowledge of the main types of meat, you should be able to guess-order your meal.