I’m a creature of habit. I not only frequent the same restaurants, but I also order the exact same thing most of the time. Unsurprisingly, I have my list of favourite Chinese/dim sum restaurants in London. In fact, I don’t think I have tried dim sum at any place that isn’t on that list in recent years.

Having said that, I do like discovering other good restaurants, and had the opportunity to do so recently, courtesy of Cox and Kings. Cox and Kings are one of the world’s oldest travel companies, and pride themselves on specialising in high quality cultural (both group and private) holidays all over the world. In particular, they have a wonderful selection of holidays to China (a country I am yet to explore!). In line with the whole “China” theme, they invited a group of bloggers to review a selection of restaurants in Chinatown – with the aim of showcasing the range and standard of Chinatown eateries.

So this is how I ended up at Plum Valley.

Plum Valley offer both an a la carte and dim sum menu, but we chose the latter as it would allow us to sample a wider variety of their dishes. It also enabled me to perform a fairer assessment of the food, as dim sum offerings tend to be fairly standard (with a few exceptions, naturally!) 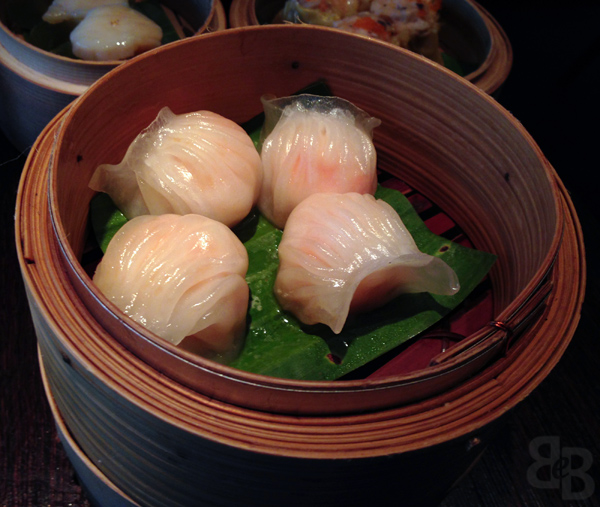 Prawn dumplings (Har kau). These steamed dumplings are a dim sum staple, and are personally a must order for me, especially in a new restaurant. These were good, with thin skins and a succulent prawn filling.

Pork & prawn dumplings (Siu mai). Whilst the prawn dumplings were good, the siu mai unfortunately fell a little short. The pork used for the dumpling fillings seemed a tad too gelatinous, which resulted in a rather chewy texture. 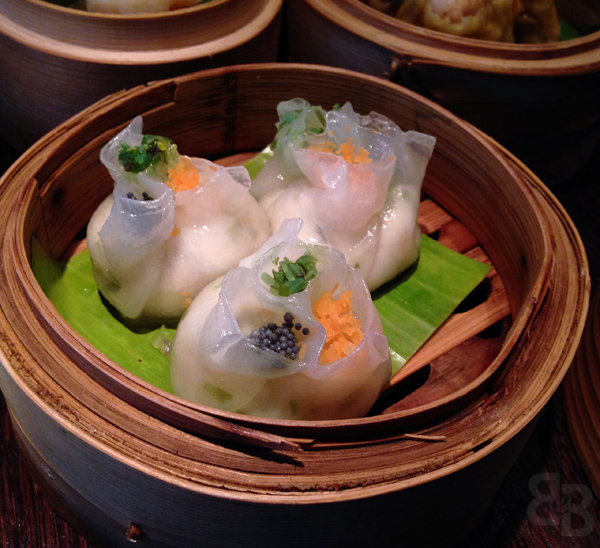 Black cod dumplings. I was intrigued by these, as it was something that’s not seen commonly on dim sum menus. I was rather excited when they came to the table, as they looked rather intricate and pretty! Unfortunately they did not taste as good as they looked – the dumpling skin was very doughy, which led to a rather sandy texture. The black cod filling also seemed to be slightly overcooked. A shame, because this held much promise.

Crispy eel cheung fun. I am a huge fan of contrasting textures, and this certainly delivered. The crispy fried eel worked well with the soft cheung fun – although it admittedly tasted a little more Japanese than Chinese! 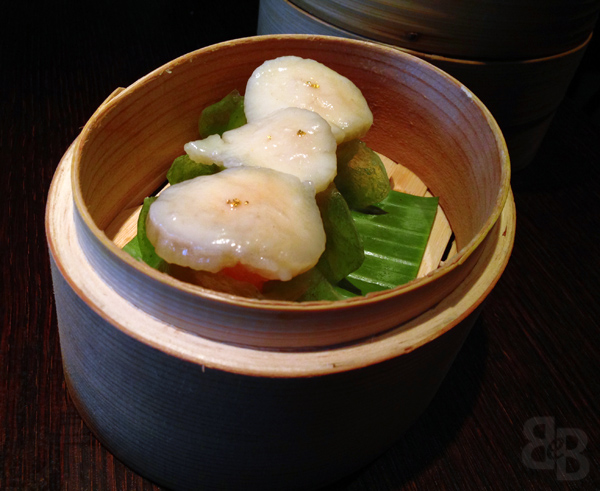 Scallop dumplings. I was surprised to see them using some gold leaf on the top of these – pretty yes, but rather un-Chinese really. These tasted fine, but I would have preferred a larger piece of scallop – I suspect a whole scallop had been sliced into three to top these, which is a little stingy. I would prefer to pay more and get a whole scallop, but perhaps that is just my greed talking.

Chicken feet in black bean sauce. This was cooked well, and had good flavour.

Venison yam puffs. A slight tweak on the classic yam puffs. The ‘yam puff’ bit was rather well executed, but the venison filling lacked that ‘oomph’ I was hoping for.

XO fried rice. The humble fried rice, which should be easy to whip up, is in reality quite a hard dish to get right. One of the most important aspects of any wok-fried dish is something called ‘wok hei’, which not-so-literally translates to “breath of the wok”. This dish had plenty of this, and was something I’d order again. Doesn’t look like much, but it delivered on taste.

A quick note on other aspects of the restaurant: Service (which is often poor or non-existent in many Chinatown restaurants) was actually pretty good – the food arrived in good time, and all requests were promptly dealt with.

Lastly, decor was fairly modern, with a decent amount of space between the tables. A little too posh perhaps, but in all fairness they market themselves as a ‘fine dining’ restaurant. I would have preferred it if the dining area was slightly better lit though – this is purely a personal preference stemming from the fact that I never saw a dimly lit Chinese restaurant growing up!

So yes – there were highs and lows of the meal. I cannot say I would rush back to dine here, but I would not rule out returning to try other offerings on their menu. At the end of it all, I feel that the quality of food is similar to the other Chinatown restaurants I have tried – but I maintain that better dim sum can be found outside Chinatown itself.

Disclaimer: I dined at Plum Valley courtesy of Cox and Kings, and also received a wine voucher as a token of appreciation. However, all views expressed above are my own. This review will also be published in ‘Compass’, their in-house travel magazine.